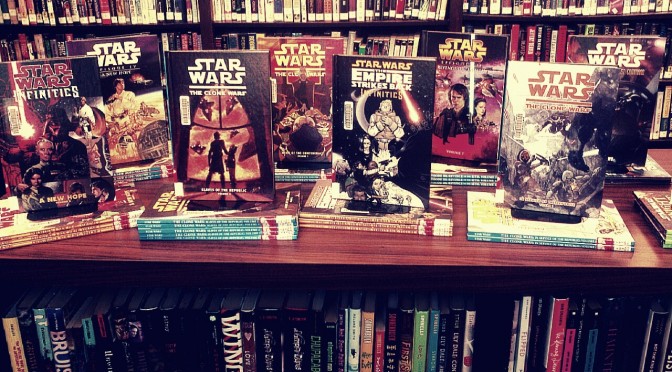 I am guessing Bill Murray would be more than pleased with the amazing amount and selection of STAR WARS material newly gracing the shelves here at Schmaling. The first addition is what must be the complete graphic novel collection of all the movies, old and new, including THE CLONE WARS. The second may seem like an odd couple: it’s the intercultural  and century-crossing marriage of Star Wars and Shakespeare. However, the produced progeny appears to be pretty clever: WILLIAM SHAKESPEARE’S STAR WARS (Parts the First all the way through Sixth). The author, Ian Doescher, retells the galactic tales using authentic iambic pentameter (some prose and haiku, too) and fantastic illustrations. This article does this series way more justice than I can: