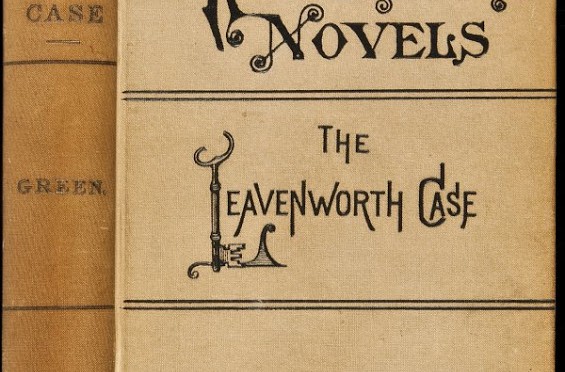 It may be cutting it close, but there is still time to indulge in the Riverbend Readers Book Discussion Group’s November selection written by a lady dubbed the “Mother of the Detective Novel” and of American mystery writing in general.

1878 was the year The Leavenworth Case, by Anna Katharine Green appeared to critical acclaim, nine years ahead of Arthur Conan Doyle’s Sherlock success.  The New Yorker may have been politely discouraged from writing poetry by Ralph Waldo Emerson, but she found her forte writing numerous detective novels.  The Leavenworth Case seems to be her best remembered work and should make for a lively discussion! We still have a few more copies that you could surely devour before the next meeting which, by the way, is Tuesday, November 17th, at 6 pm.